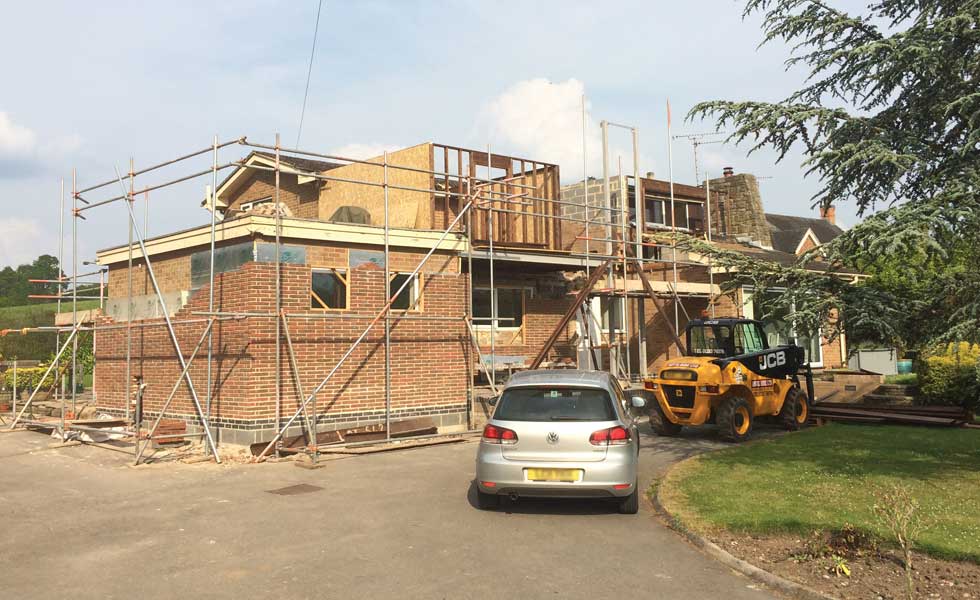 I think I’ve nailed the reason why renovation work is so much more difficult than building from scratch. An engineer friend of mine described the two elements of any project as either subtractive (taking stuff away and clearing out to get to a position where you can then build) or additive (building what you wanted to in the first instance). Self build is all additive. Renovation – at least mine – appears to involve a surprisingly high volume of subtractive work.

A couple of months in, the project is moving on apace and the subtractive stage is slowly giving way to the additive phase. This month, the brickwork re-skinning of the ground floor front section of the house has almost been completed.

We have stripped out the kitchen and cleared out much of the electrics and plumbing that we are not intending to keep; we have begun to insert the steelwork to support the new spaces we are creating; and we have removed existing roof structures and replaced them with safer, stronger, better joists and deck ready to start building off. Additionally, we have then gone on to build up the new structures. All in all, a busy month — particularly as there was so much of that rather annoying subtractive work early on.

Ben Schuck, our builder, is an accomplished timber frame expert and the new first floor extensions are largely timber built — including a new ‘tower’ at the front that has been causing mild amusement among the locals, given its current approximation to a particularly tall guillotine. Consequently, these additions have been built astonishingly quickly, with new rooms being added almost every day for a time. 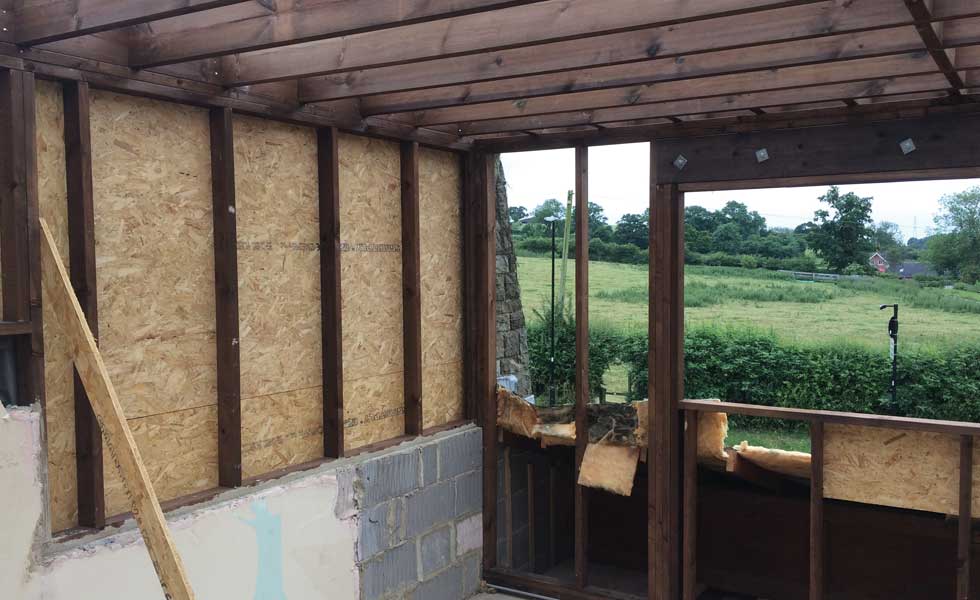 The open panels have been made up on site and raised into position, then closed on one side with OSB (oriented strand board). Kingspan insulation has then been fitted into the studs from the inside, with an additional 50mm layer before boarding out internally. The additions mean our home will be warm in winter and cool in summer — a bonus, because in its previous form the house was unbearably cold in winter and breathlessly stifling in summer.

The existing house also provided its fair share of gripes (from me) and groans (of agony, from the builders) during the month. All five builders spent the best part of a day manfully trying to remove the world’s heaviest steel beam from below a dormer we’re taking out. Elsewhere, a wall below one window turned out to be almost completely hollow and required rebuilding.

Our plumber Neil looked apologetic as he informed me in hushed tones that our ground floor plumbing (which we were intending to keep) was buried in the ground and, as a result, likely to be at risk in the future, if indeed the pipes weren’t corroded already.

We were also intending to leave the existing pitched roof untouched, but were told that it was shot – it clearly was, on closer inspection – and leaking. I’m reminded of that YouTube clip aimed at fathers of daughters, a black and white video of a man throwing dollar bills out of the window. That’s how the project feels at the moment.